The main goal of most governments for PPP engagement is to decrease government spending and debt. This austerity goal incurs more expensive private borrowing with inefficient implementation of infrastructure and public services. Most governments use PPP as a vehicle to conceal borrowing and this is referred to as sovereign-debt phobia (Engel et al. 2014; Gonzalez et al. 2015).

Due to the involvement of parties with conflicting interests, different sets of information are shared between the parties, where the private sector especially conceals much of this information to maximize their return. Furthermore, PPP projects are executed over comparatively longer time horizons and become more prone to unexpected events such as economic, political, environmental, and public health crises, among others. Information asymmetry coupled with unexpected events impose great uncertainty in PPP projects (Aizawa 2015; Hall 2015).

To optimize PPP projects, we must design efficient and balanced incentives for the diverse stakeholders. These incentives should be elicited by strongly emphasizing the needs and challenges of each stakeholder. Nonetheless, most PPP incentives are neither rigorously nor holistically designed to collectively satisfy stakeholders (Hall 2015; Cruz et al. 2015; Athias and Saussier 2007).

Most PPP engagements are based on the consensus of the private sector to invest based on revenue guarantees pledged by the public authority. Governments also provide subsidized loans, and financial guarantees to the private sector. Empirical studies show that these guarantees fail due to contractual anomalies or unexpected events such as economic crises (Ashuri et al. 2011; Feng et al. 2015; Hemming et al. 2006). Due to these contractual complexities, fewer partners would be willing to bid, which decreases the number of competing parties and significantly compromises the bargaining power of the public authority to optimize public interests (Iossa and Martimort 2015; Hall 2015).

To resolve these challenges, we propose the adoption of an open and intelligent PPP marketplace (i3PM) platform by public and private sector stakeholders. The proposed marketplace employs the hybrid of multisided platform economies, artificial intelligence, financial technology, and collective intelligence. These factors foster efficient PPP business, investment, contractual, and operational models that create optimal mutual value and incentives for diverse stakeholders to efficiently catalyze the adoption of PPP projects. This marketplace has a dual functionality; it promotes the optimal execution of PPP projects and provides an exchange marketplace platform where PPP securities are seamlessly traded. These securities are called tradable PPP partitions (TPPs). 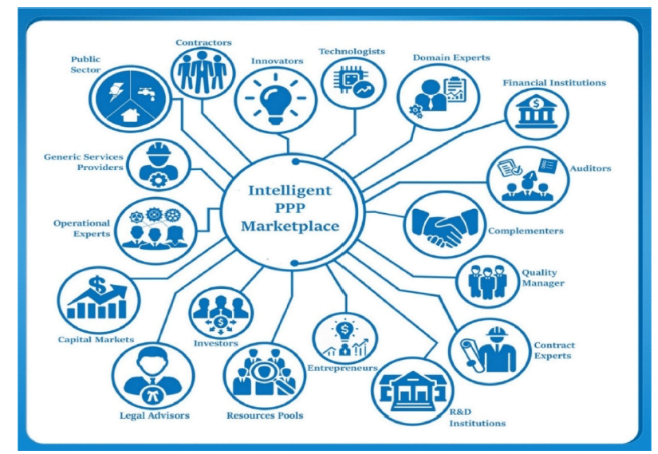 Figure 1 depicts the interactions of diverse stakeholders with i3PM marketplaces.

This efficient solution to resolve the complex problems currently associated with PPPs provides a holistic approach that concurrently addresses the multifaceted root causes. The proposed marketplace comprises the 10 pillars depicted in Figure 2, while Table D1 (Appendix D) maps these pillars to the impediments that they address.

Most PPP engagement models such as Build–Operate–Transfer (BOT) are generically and non-rigorously defined. They are complex in nature and are characterized by extreme rigidity, fuzziness, and inefficiency (Cruz et al. 2015; Umar et al. 2018). The implementation of intelligent marketplaces necessitates the standardization and computational representation of engagement models. This cultivates collective intelligence to develop agile, adoptable, and extendable standard models by engaging regulators, domain experts, and other competent stakeholders. The entire interaction is seamlessly facilitated and mediated by the market economies and collective intelligence to foster mutual collaboration. These standard models can be represented using international standards such as W3C standard ontology web language (OWL) (Trang 2010). This computational representation inevitably promotes PPP engagement automation, optimization, rigorous validation, and competency development via the embedded knowledge within the standards. These models can easily be tailored and extended based on the constraints imposed by specific PPP projects to stimulate innovation and efficiently achieve the ultimate goals. Table A1 (Appendix A) lists some of the proposed PPP engagement models.

PPP projects in i3PM are tradable, and the atomic tradable unit is called a TPP. These are identical to tokenized securities that define the ownership and rights of a shareholder in a PPP project or in an entity created via a PPP initiative. TPP certificates are represented digitally and are stored within a tamper-free blockchain infrastructure.

These partitions are traded on the hybrid marketplace (Smith et al. 2019; Kaal and Evans 2019; Mass 2019; Le Gear 2020). TPPs are well regulated and are distinct from Initial Coin Offerings (ICO) (Mass 2019). Their function is to digitally represent PPP securities certificates in a flexible, secure, and efficient format to promote seamless trading of these assets via the i3PM environment.

The main objective of this marketplace is to create mutual and balanced value for all stakeholders. This is accomplished through the hybrid platform economies that automate the coordination and negotiation processes to promote the rigorous specification and optimization of stakeholder benefits, which are codified using computation ontology. The entire mutual benefit development lifecycle is managed by a negotiation engine that utilizes computational negotiation models, an intelligent bargaining engine, distributed multiagents, computational Nash equilibrium models, operations research and artificial intelligence (AI) based optimization models. Robo-advisors are used to simplify the interaction and optimize the experience of stakeholders by abstracting technical and deep knowledge required to codify and optimize their returns (Dong and Li 2011; Rangaswamy and Shell 1994).

i3PM projects are required to generate unique returns for stakeholders to symbiotically attract investors, public and private sector entities, consumers, regulators, and other stakeholders. As such, this intelligent marketplace manages the entire project lifecycle, from pre-inception to operation, thereby assuring the development of mutual benefits, and the execution of PPP projects with high transparency, efficiency, and optimal ROI.

In this policy brief, we propose the development of a standard process map through global collaboration. This map encompasses the best practices developed by groups of multidisciplinary domain experts, regulators, and public and private sector stakeholders. These processes are expected to be represented in a digital format to promote seamless tailoring and automation (Trang 2010).

To handle information asymmetry, we propose the adoption of a high-fidelity information model (HFIM) that captures relevant structural, and behavioral information about an enterprise (Peri and Campana 2003; Lee et al. 2019). This includes in-depth knowledge of its supply chain, revenue streams, and product and consumer models, among others. Figure A3 (Appendix A) depicts the topology of the proposed 32-dimensional information model. These models are represented in machine comprehensible format as a computational ontology (Trang 2010). Each sector has its own HFIM schema developed by its domain experts, and other relevant stakeholders. This schema is used to elicit high-fidelity information about a project or an enterprise.

The purpose of HFIMs can be summarized as follows:

The purpose of Smart PPP Contracts (S3PCs) is to resolve critical PPP contractual pitfalls and anomalies such as information asymmetry, contractual ambiguity, incompleteness, and inconsistency (Berner et al. 2014; Chohra et al. 2011; Cruz et al. 2015; Umar et al. 2018). S3PCs resolve these by employing an efficient PPP contract designing methodology based on hybrid and artificial intelligence models (Pourshahid et al. 2009; Liiva et al. 2018; Wei 2019; Cath 2018; Pennings and Leuthold 2000). Most of these anomalies are induced during the inception of the contract (Viljanen 2020; Chohra et al. 2011; Cruz et al. 2015). Consequently, this methodology resolves ambiguity via rigorous computational representations, debiasing behavioral anomalies via plausible reasoning, and enforces contractual completeness and consistency via model-based validation (Pourshahid et al. 2009; Liiva et al. 2018; Wei 2019). Furthermore, this facilitates the design of resilient contracts by stress testing them under extreme conditions such as during a financial crisis, with their contents represented in a digital format using computational ontologies (Kruijff and Weigand 2017a, 2017b). Once the contract is validated and approved by the stakeholders, it is deployed as a smart contract into a blockchain infrastructure. Smart contracts enforce contractual reliability, regulatory compliance, security, optimal arbitration, fraud management, and exception handling (Tai 2017; Caso et al. 2012).

Since the development of such contracts from scratch can be time consuming, we propose the origination of reusable contracts called PPP contract templates (P3CTs) by subject matter experts and relevant stakeholders. These templates can be created using the collective intelligence environment supported by i3PM. P3CTs are extendable by nature. Hence, they can easily be tailored and adapted according to the constraints imposed by a specific PPP engagement.

To efficiently address these issues and appeal to diverse stakeholders, we propose the development of rigorous capital guarantee models designed using an engineering tradeoff approach that holistically addresses the mutual benefits, constraints, and risks to stakeholders (Daniels et al. 2001). Stakeholders employ a workshop analysis approach to elicit the spatiotemporal constraints and risks of the contract, while designing the capital guarantee model to efficiently resolve these issues (AntolínDíaz et al. 2020; Barbacci et al. 2020). In the context of the i3PM, this is referred to as the optimization of the return on capital guarantee (RoCG). This process also employs mathematical and AI models to help in traversing the solution space and generates optimal solutions and RoCG (Peri and Campana 2003). Table A2 (Appendix A) lists sample capital guarantee models developed using this framework.

This marketplace can easily attract the required critical mass because of relatively high information symmetry, flexible capital guarantee models, and expected high returns. The TPPs are incrementally offered through the marketplace, and at each stage, different guarantee models are used to handle risks that conform to the risk appetite of investors. This is expected to incrementally increase the value of the asset, thereby stimulating both supply and demand, which inevitably increases the liquidity of the market. Due to its high liquidity and scalability characteristics, this marketplace efficiently attracts sufficient domestic and foreign investments.

PPP projects are complex in nature as are the risks associated with them. This complexity arises from numerous factors and their causal interactions (Chan, Osei-Kyei, et al. 2018; Chan, Yeung, et al. 2011). Most PPP projects do not efficiently enumerate these factors due to information asymmetry. In an i3PM, an HFIM spanning 32 dimensions is employed. These provide high-resolution information about the supply chains, revenue streams, product, microeconomics, and project models, among others (Peri and Campana 2003; Lee et al. 2019). Figure A3 (Appendix A) illustrates the proposed model. By ultimately optimizing information symmetry, the risk parameters can be efficiently extracted and defined with high levels of accuracy, credibility, and fidelity (Waring 2003; Soliwoda et al. 2018). Furthermore, the causal interaction between these risk parameters can be defined using computational models such as system dynamics, and Bayesian models (Wang et al. 2013; Milling 2006; Struben et al. 2015). The rationale of using these computational models is to overcome the limitations of human cognition in dealing with complex causal relationships (Yao 2017; Tóbiás 2020; Rescher 1997), which otherwise result in cognitive limitations and inefficiencies in addressing the salient interactions within PPP projects.

It is clear that PPP projects are vulnerable to exceptional events such as financial or public health crises (including the coronavirus pandemic), which inevitably have serious impacts that compromise the benefits of PPP projects, and in some extreme cases, lead to their termination (Coelho et al. 2009; Hertati et al. 2002). The latest economic crisis precipitated by the coronavirus pandemic has taught us a severe lesson: it is impracticable to react to these crises when they transpire because their impacts are rapidly and chaotically propagated. Short-term interventions generally fail to absorb or deter this chaotic propagation. Yet, we need not reinvent the wheel, as we can adopt the proactive style that is currently employed by the financial services industry. An example is the BASEL III accord, which requires financial institutions to proactively deal with unexpected exceptional events by developing a multitude of proactive measures (McNamara et al. 2014; Demirguc-Kunt and Detragiache 2005). Therefore, the aim of embedded resilience models (ERM) is to analyze diverse exceptional scenarios during the inception of PPP projects and proactively formulate interventions to deter their occurrence or absorb their adverse impacts.

To promote the adoption of an intelligent PPP marketplace that can resolve formidable PPP impediments, we recommend the following main actions:

We call on G20 policy makers and multilateral financial institutions to facilitate the development of an open and extendable PPP marketplace by incentivizing global stakeholders to collaborate in extending the i3PM pillars. The proposed incentives include:

We recommend that G20 governments, multilateral financial institutions, and standard bodies standardize the process, structure, and representation of PPP contracts to handle contractual complexity, ambiguity, risk, and high transaction costs. These standards should include: