Shi Yaobin, vice minister of the Ministry of Finance, met with Shamshad Akhtar, the UN Under-Secretary-General and Executive Secretary of the United Nations Economic and Social Commission for Asia and the Pacific (UNESCAP), and her entourage in Shanghai on November 1.

Vice Minister Shi said that the just-concluded 19th CPC National Congress made it clear that with the socialism with Chinese characteristics entering a new era, the principal contradiction facing Chinese society have evolved into the contradiction between unbalanced and inadequate development and the people's ever-growing needs for a better life. We should inspire the creativity and vitality of the entire society and strive to achieve quality, efficient, equitable and sustainable development. It has put forward new requirements and new standards for the provision of public services and infrastructure construction, and created new conditions and new impetus for the development of PPP. He pointed out that UNESCAP plays an irreplaceable and important role in accelerating the infrastructure construction in the Asia Pacific region and promoting the practice of PPP. As the largest PPP market in the world, China has accumulated some useful experiences in PPP reform, infrastructure construction and public service provision. We are willing to uphold the global governance concept of achieving shared growth through discussion and collaboration and share our experience with UNESCAP. We support UNESCAP in implementing the "Belt and Road" international cooperation through the PPP mode and in enabling interconnection of infrastructure in the Asia Pacific region, promoting its common and sustainable development.

Ms. Akhtar said that the goal of sustainable development in 2030 cannot be separated from PPP, and stressed that the UN Sustainable Development Goals require not only substantial infrastructure investment urgently, but also socially-inclusive, environment-friendly, and climate-responsive infrastructure. She said that PPP helps to mobilize private sectors and make up for lack of capacity in the public sectors. China's experience shows that PPP is a powerful tool for developing better infrastructure and public services. We hope that by sharing China's experience, countries in the Asia-Pacific region can improve their PPP mechanism environment and institutional settings, improve risk control capabilities, and enhance the effort for sustainable development in the region through effective practice of PPP.

This MOU aims to strengthen PPP and infrastructure financing networks in the Asia Pacific region, share information and experiences in PPP and infrastructure financing, coordinate regional meetings of PPP centers and infrastructure specialists in countries in the region, enhance capacity-building and knowledge sharing in the region, promote the sustainable development in the region by practice of the PPP mode, support national infrastructure interconnection along the "Belt and Road", and push forward the implementation of the UN 2030 Agenda for Sustainable Development. It is also the concrete action to be taken by the MOF to implement the 19th CPC National Congress on comprehensively promoting the diplomacy of great power with Chinese characteristics and building international cooperation in the Belt and Road initiative. 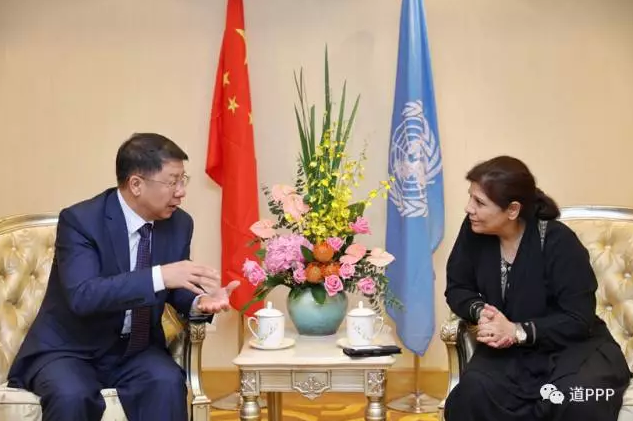 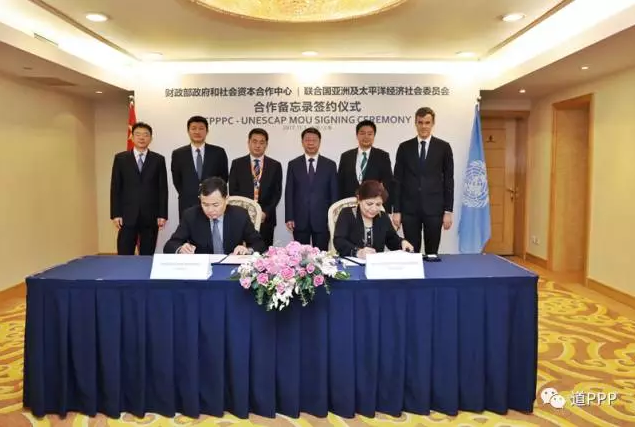